Once politicians get a taste of that union political support, they aren’t going to give it up. Proof of this axiom will be seen today (Tuesday, November 12, 2019) at the meeting of the elected board of Santa Rosa Junior College. (This is the public community college district in Sonoma County, California.)

Board members, who represent seven districts in Sonoma County, are scheduled to vote at their November 12 meeting on approving Amendment 1 of the Project Stabilization Agreement (aka Project Labor Agreement) between the Santa Rosa Junior College District and the North Bay Building & Construction Trades Council, AFL-CIO and affiliated signatory local unions.

Amendment 1 adds the Lindley Center for STEM project to the projects for which construction companies must sign a Project Labor Agreement with unions as a condition of winning a contract. At their October 8 meeting, the Santa Rosa Junior College elected Board of Trustees voted 5-2 (with the student trustee also voting YES) to direct district staff to “immediately enter into negotiations to amend the existing Project Stabilization Agreement (PSA) to add the Lindley Center for STEM Education project funded by Measure H, and to report back on or before the November Board meeting.”

The vote today is expected to have the same 5-2 result.

On September 12, 2017, the elected board of Santa Rosa Junior College voted 4-3 to require construction companies to sign a Project Labor Agreement as a condition of working on the Burbank Theater modernization project.

Notice that board member Don Edgar opposed the Project Labor Agreement in 2017 but now supports it in 2019. California is changing. California elected officials who once defended fair and open bid competition are now under great pressure to change their principles and support government coercion on economic and personal choices. 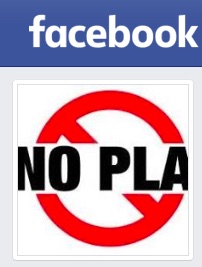 Click the Logo for More Information About Project Labor Agreements